Both of these companies are some of the most successful companies in the world. The journey from zero to the world’s richest guy was not smooth. This book about Elon Musk almost covers his journey towards success.

Here in this article, I’ll be trying to go the depth of the book and give you a summary of what can be found there. To know more, you should read the original book. Here I’m just giving you a hint that what is inside Elon Musk’s Biography by Ashlee Vance.

About The Author Ashlee Vance

The writer of this book Ashlee Vance is an American business columnist, Journalist, and author. He worked on many famous news magazines in America, including NY Times and Bloomberg. He wrote a biographical book about Elon Musk in 2015. He interviews Elon and his close ones many times for this book.

After publishing the book, Ashlee Vance became a best-selling author. Ashlee Vance was born in 1977 in South Africa. According to the wiki, he studied at Pomona College. He is also a Journalist in Bloomberg and host of Hello World. Previously he also worked in New York Times as a reporter.

Another amazing thing about Musk’s early life was he made a video game and sold it for 500$ dollars when he was just 12!

in 1988, Elon Musk Left South Africa, and he planned to go to America and get a higher degree there. But he was able to reach Canada first. And there, he got part-time jobs, and he was not happy there.

And then finally he got admission to America’s Queen’s University. Here he got more self-confidence and started planning about his future project. The project as an entrepreneur to change the world.

After two years at Queen’s University, Musk moved to the Penn University of Pennsylvania. He got more friends interested in physics and started growing his community of friends. Musk also met his life partner in his college years. Musk was too ambitious in his college years and was planning something amazing.

Elon Musk’s first big income was at only age 12. He sold a video game for 500$. But as an entrepreneur, his first startup was in 1995. Elon Musk opened a global Information network which was named Zip2.

Elon Musk wanted to bring offline business online for the first time. He tried to let those businessmen know about the importance of the internet for their business.

But only a few small businesses were interested at that time. Elon tried a lot but could not succeed in letting them know about the importance of the internet. It was a tough time for Elon.

After hard work, Elon Musk got rejected by many businesses for his startup and failed to get sales. But slowly, things started changing when a company first invested a huge amount of money in its first startup.

But the investors made another guy as a CEO of Zip2. Musk was losing his control over Zip2. Musk was a self-learned coder. Zip2 became a successful company, and Musk earned a lot of money to own luxurious cars, houses, and even private planes. But his dream was to do a new project and be a successful CEO.

Elon Musk’s  Dream To Save Humans

Elon Musk never stopped after becoming successful in one project. He was planning something new. X.com was one of the first online banking systems in the world. People were first introduced to buy books online and other things and pay via their banks on X.com.

Later the X.com was renamed Paypal, and in 2002, Paypal was sold to eBay for 1 Billion dollars. It was a huge amount. Elon Musk got 150$ million from this sale. It was his time to implement his plan and be a successful company CEO that can change the world.

Musk wanted to escape the rat race of the money-making business. He thought something bigger. In 2001, Musk started working according to his plan about creating a space company.

And he created Space X in 2002. After working very hard, Space X made a rocket to launch after almost 4 years of creating the company. And we all know that how many times his rockets failed after launching them.

But we all know how Space X is going. It became one of the most successful space companies in the world. At the same time, Musk also worked with some people researching to create cars that run by electricity.

And Tesla was one of the unique creations that are now getting a huge response. Elon Musk wanted to bring cars as fast as Jaguar and Ferrari but run with electricity.

Musk was the only shareholder of Tesla and invested alone in the company cause people were not interested in investing in such things. It was a huge risk that benefitted Musk. Because of this car company, Elon Musk has become the world’s richest guy. The path was not smooth at all.

The idea of bringing change in the world by not consuming fuels that are harmful to the environment was amazing. This is what made Elon Musk unique from other business entrepreneurs globally. 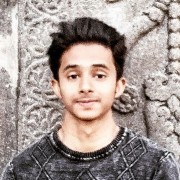 The Art of Dealing With People Book By Les Giblin: Inside The Book