JK Rowling is popular worldwide for the ‘Harry Potter series. He was born in England on July 31, 1975. She is a famous novel writer and a socialist. Her life wasn’t so easy at a point. So many things happened to her.

At a point in life, she thought about suicide. Harry Potter was her first book, and surprisingly it got rejected by almost 12 publishers.

And interestingly 13th one was agreed to publish it. And then people liked the unique story so much. This book is considered one of the highest-selling books in the world.

Sitting in a cafe in Edinburgh, Scotland, J.K Rowling began to write little by little. A long time ago, while traveling by train from Manchester to London, he thought of a story of a little boy who will be admitted to a school of magicians. That boy is none other than Harry Potter.

In 1995, Rowling finished writing Harry Potter and the Philosopher’s Stone and sent manuscripts to several agents. Interestingly, in the beginning, no publisher agreed to print the book.

Many large publishers returned the manuscript. After a year of trying, a publisher was found. That was made possible by the publisher’s eight-year-old daughter, who loved the book. After deciding to publish the book, Rowling was paid 1,500 euros in advance.

This sounds really weird that 12 publishers rejected Harry Potter. One of the best-selling books in the history of the world was got rejected before publishing. Why did it happen? Let’s try to know about it.

The story and character were not like the other novel books. It was something really new. At the time of publishing it, J.K Rowling was not any famous or known writer. She was just a beginner. And a struggler. The Publisher could not rely on her story because there is a risk of being in loss financially.

If people do not like the book. That is why almost 12 publishers rejected the book, Harry Potter. And they had a very negative mindset about the book for the first time.

Success Behind The Harry Potter

The story was really unique and something new. A daughter of a publisher read the book and enjoyed it so much. That is how it got published by a publisher. As it was a unique story, people found it very interesting. And also, the mindset of J.K Rowling was great.

She didn’t give up after getting rejected by almost 12 publishers. Not giving up mindset from J.K Rowling is one of the reasons for the success. At that time, she was in depression and thought about suicide.

But she didn’t give up. She fought with her unique creativity. She kept visiting all the publishers in Europe who can publish her book. This is really inspiring for us all.

J.K Rowling sold Harry Potter’s rights to film his first two books to Warner Bros in 1997. And he never had to fall into financial problems again. The books in the Harry Potter series began to see one success after another.

Despite reaching the pinnacle of success, Rowling did not forget the memories of her most difficult days. In 2000, she founded a charitable trust that provides around 5 million pounds a year to aid distressed women and children. 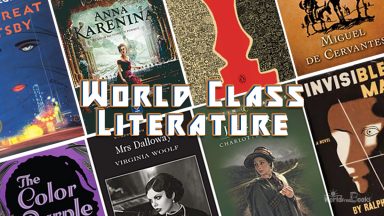